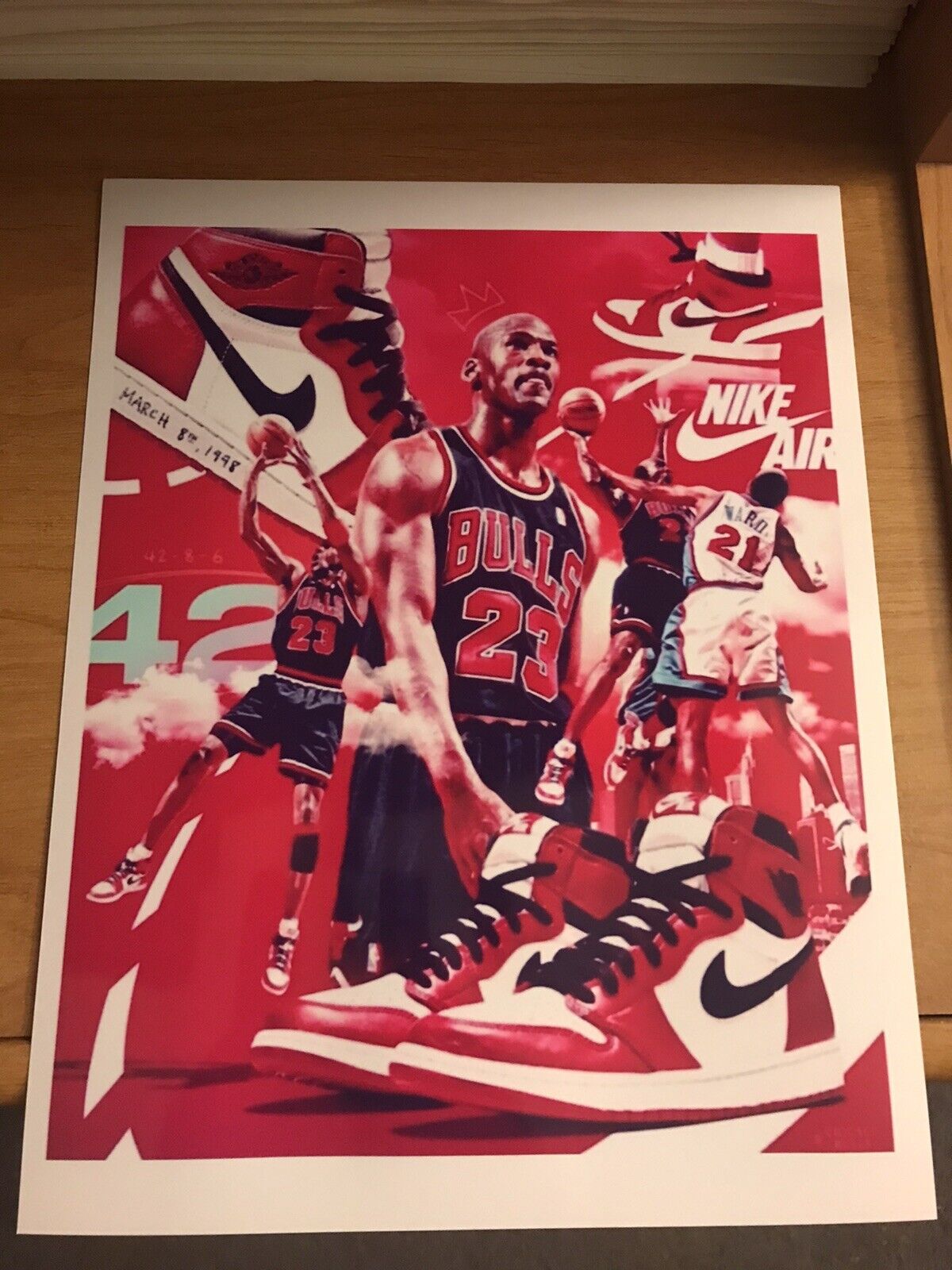 *This Ultra Premium Glossy Poster from Epson is designed for photographic image superior professional quality as well as tremendous versatility! The 8×10 Poster has a 93% opacity and an ISO brightness of 103, resulting in bright whites that help make the Poster stand out. The 9.7 mil thickness means that the poster has a sturdy, professional quality and feel.

*March 8th,1998 When Michael Jordan Torched the Knicks in his Air Jordan 1’s. INSIDE SCOOP: The origins of the Air Jordan’s story begins in 1985. Michael Jordan wanted to sign with either Adidas or Converse, but both companies turned him down. MJ considered Nike a step down from the two brands he wore during his College days at North Carolina. Nike was so keen they offered him a $2.5 million endorsement deal including his own signature shoe and clothing line, which was unheard of in the NBA in those days. The Iconic Air Jordan 1’s was designed by Peter Moore and Bruce Kilgore in 1985. The result: MJ had a spectacular rookie season, made the shoe a huge hit and netted Nike $130 million by the end of 1985.

*Back in his playing days, Michael Jordan used to tear up opposing teams. For the unfortunate Knicks fan, Michael Jordan strolled into Madison Square Garden on March 8th,1998 and torched them for 42 points. It was an offensive demonstration with the Michael Jordan flare but did you catch what was on his feet? An original pair of the Air Jordan 1 in the /Red/White/Black. The shoes sparked an interest in the bubbling sneaker culture, resulting in the silhouette being one of the most respected sneakers of all time. The” AJ1″ as it’s called by sneakerheads is the father of the “Jordan Frenzy” that has taken the sneaker community by storm.

*The AJ1 has a number of color ways but the most respected are called the OG’s. Colorways like the “Bred”, the “Shadows”, the “Royals” and the “Shattered Backboard” are the rarest in the market. 33 years later, the sneakers still create a tidal wave in the sneaker community with artists like Kanye West, A$AP Rocky, Drake, Roger Federer, Rihanna & DJ Khaled who rock them religiously.

*The AJ1’s sneaker is well loved for its comfortability on and off the basketball court and in street culture.*